LOUISVILLE, Ky. — A new entertainment concept will tap into the surging popularity of pickleball. The idea centers on the creation of a 45,000 square foot facility offering pickleball courts, food and craft beer.

What You Need To Know

The concept was dreamed up by John Flodder, co-founder of the Ten20 brewery and Lee Wyland, co-owner of CORE Real Estate. Located off River Road at 1515 River Shore Drive, the site is east of the Big Four Bridge and Louisville’s Waterfront Park. It’s also within the RiverPark Place development. 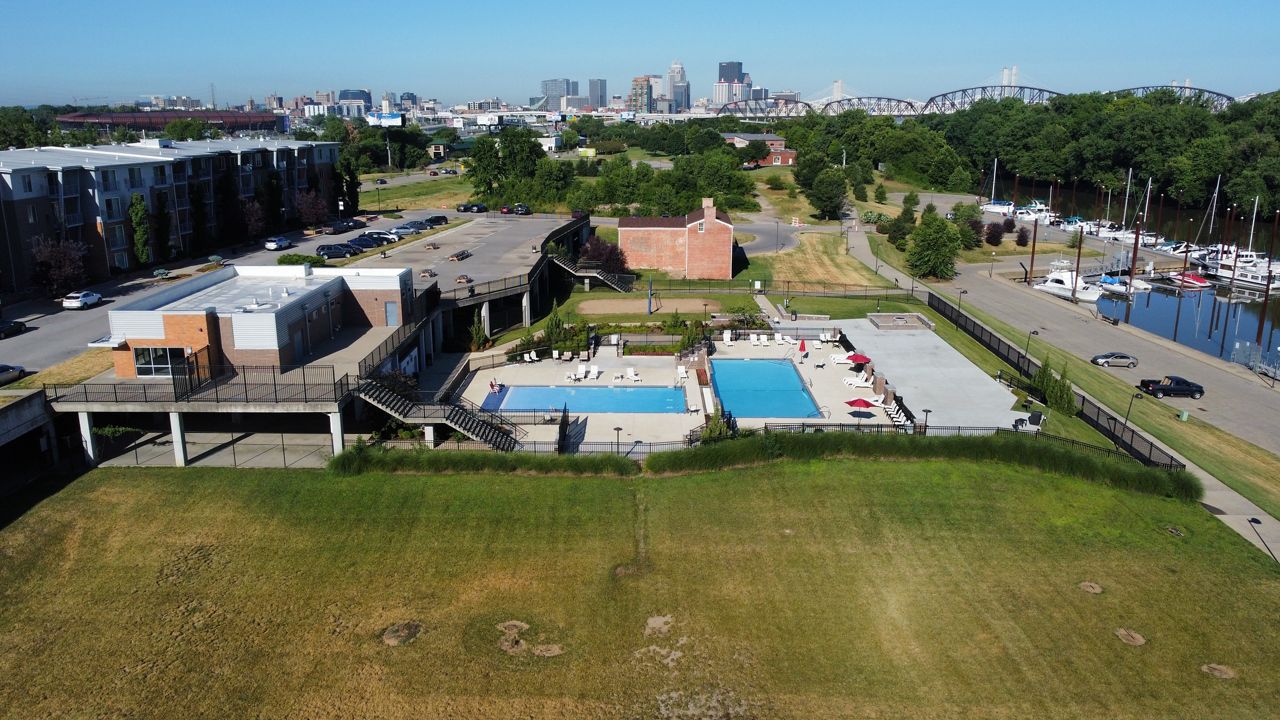 The new pickleball complex will repurpose this existing building and turn it into a restaurant and bar and add six pickleball courts around it. (Bandy Carroll Hellige)

“Pickleball’s fun, laid-back nature, and ability to foster social connection among people of all ages, are among the reasons why this sport is gaining such popularity right now,” Flodder said in a release to Spectrum News 1. “We aim to bring that positive energy to this amazing location along the river that not many people are aware of, to create a special place to gather with friends for relaxed fun on the courts.”

The first phase of the project will involve the construction of six pickleball courts and convert an existing building into a restaurant and bar. Pickleball fans will enjoy open play and league games as well. The kitchen will provide food and drink service to boaters at the adjacent marina too, along with residents of nearby apartments.

If all goes according to plan, the yet-to-be -named concept will open by the first quarter of 2023.

Pickleball combines elements of tennis, badminton and ping-pong and is played on a badminton-sized court with a modified tennis net, and can be enjoyed by people of all ages and skill levels. The Sports & Fitness Industry Association (SFIA) reports that pickleball is America’s fastest-growing sport with more than 4.8 million participants nationwide and a growth rate of 39.3% over the last two years.