THE “social prescribing” of gardening, singing and art classes is a waste of NHS money, a new study claimed this week.

Experts found that sending patients to activity groups like community had “little to no impact” on improving health.

He reckons the 200,000 plus Scots who became green fingered during the lockdowns know how good it is for them – and urged people to keep on digging no matter the weather.

Adam says: “I know the weather can be wild in Scotland, but I still get out there in November, December and January.

“Even if it is just moving a few pots around and having a look you’ll never regret it and it always makes you feel better. 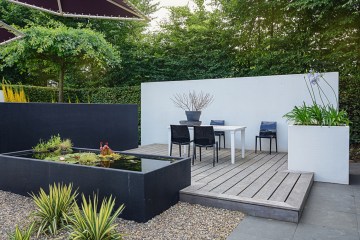 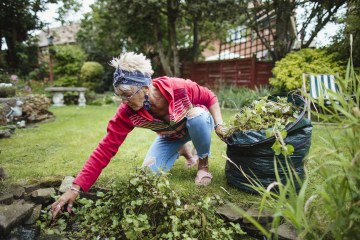 “And for those who don’t have a garden, there’s been a big increase in community gardens too.

“Numerous surveys show that green spaces are great for our wellbeing, our mental and physical health. They reduce your stress levels. I know that’s always been the case with me.”

The BBC TV presenter has been amazed by how the past-time sprouted during the lockdowns by an extra three million.

Recent surveys now estimate that there are around two million people who garden on a regular basis in Scotland with 27 million UK wide – which is just under half the population of the entire country.


My shooting pains turned out to be extremely rare cancer, I was floored

Essex-born Adam left school at 16, starting his career working for North Devon Parks Department before he moved to London to work as a landscaper.

He made a name for himself in the gardening industry when he teamed-up with broadcaster and renowned horticulturalist Geoff Hamilton at Barnsdale Gardens in Rutland.

But he would become in his own right after winning seven gold medals at the Chelsea Flower Show and becoming an ambassador for the Royal Horticultural Society in 2014.

He then joined the Gardeners’ World presenting team – led by Monty Don – in 2018.

Adam, who lives in Lincolnshire with Sulina and their four children, says: “I didn’t realise how big a deal the show was for people until I was on it.

“Then we had the lockdowns, and all the madness we all lived through, which really hammered home what outdoor space meant to people.

“When that theme tune comes on and people are sat down with a glass of wine as Monty strolls out, with the dogs running around behind him, then all of a sudden the world seems like a better place.

“And let’s be honest the world does seem to be in chaos. There always seems to be yet another crisis every single week.

“But 20 minutes or half an hour in the garden or sitting at home watching someone else garden on the telly, is nice and simple and takes you away from the madness.

“I think gardening is the nearest antidote you are going to get for today’s living.”

The telly star is currently touring the UK with his An Evening With Adam Frost show, which comes to Edinburgh on Thursday (Oct 20).

And he insists that instead of just a sea of grey-haired heads at his shows there are more and more younger folk showing a keen interest in gardening.

The 53-year-old says: “I think today’s kids are brought up more aware of their environment and where their food comes from, because they’re being taught it at school.

“Over the last few years we’ve also had a huge rise in the popularity of house plants, which has proved a bit of a getaway for the kids too.

“But in general I would say that gardening seems to have become cooler with youngsters. They are less embarrassed to say that they love plants and love gardening. 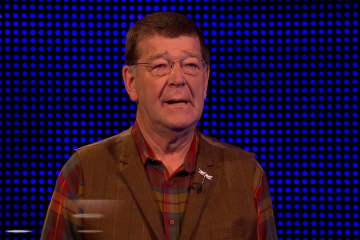 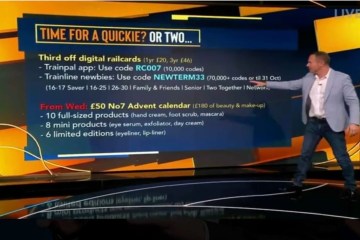 “Because when I was growing up all my mates took the p**s of out me. They’d be like ‘oi, Frosty, are you going to be a gardener?’. I didn’t have a lot of choice really because it was either that or join the army or become a chef – but I liked the idea of being outside.

“Now I see a bigger interest in gardening all across society.

“And of course kids love gardening – getting their hands dirty with their wellies on. I loved it when I was a kid. It gave me a freedom you didn’t have anywhere else.”

That’s why Adam believes Scots need to continue gardening no matter the weather.

He says: “Wrap up warm and get stuck in there. Because I know that if ever I am cheesed off, life slows right down when I garden as it teaches you patience.

“Putting your hands in the soil, growing something to feed your own family – there’s something quite beautiful and simple about it all.

“I guarantee that half an hour in the garden even in the cold and the wet and suddenly the world seems a better place. So just get out there and enjoy it.”