The physical fitness levels of most age groups in Japan declined in fiscal 2021 compared with two years earlier, before the outbreak of the coronavirus pandemic, a recent government survey showed.

But while the pandemic may have led to decreased opportunities for exercise, Hisashi Naito, a professor of exercise physiology at Juntendo University who assisted in the study, said the results “cannot be entirely attributed to COVID-19 as a variety of factors were involved.”

The survey, conducted by the Japan Sports Agency from May to October 2021, measured the physical strength and aptitude of approximately 48,000 people aged 6 to 79. 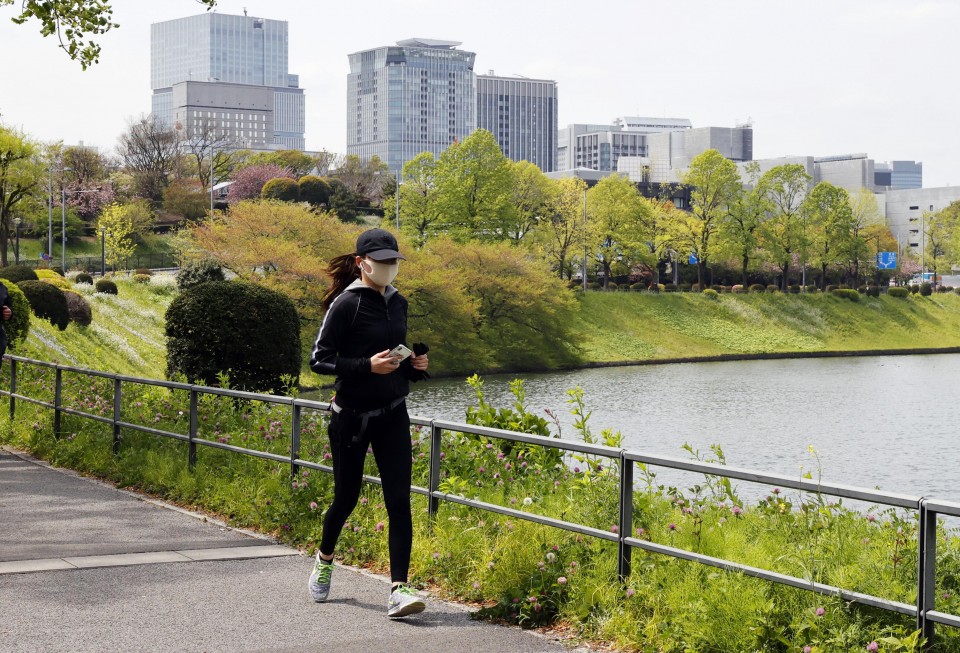 A woman jogs near the Imperial Palace in Tokyo on April 17, 2020, wearing a face mask amid the spread of the new coronavirus. (Kyodo) ==Kyodo

With regard to long-distance running among junior high and high school students, there was a clear decline from fiscal 2019, with 13-year-old boys and girls logging times up to 11 seconds slower in 1,500 meter and 1,000 meter races, respectively.

The distance those aged 65 and above could walk in six minutes also decreased, indicating a decline in endurance.

Self-assessments of exercise habits showed that women in their 20s to 50s worked out at least once a week, less than women in other age groups and men.

“It is possible that the sports environment does not cater well to women who are working or raising children,” Naito said.

While the agency conducted a similar survey in fiscal 2020, small sample sizes due to the pandemic made comparisons difficult.