In high school, Cathy Drennan didn’t want to study chemistry. An inspiring chemistry professor at Vassar College changed her mind. Now, she is a professor of chemistry and biology at the Massachusetts Institute of Technology and a Howard Hughes Medical Institute professor and investigator. 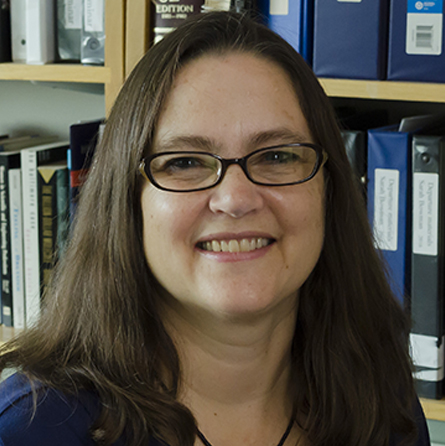 Drennan will receive the American Society for Biochemistry and Molecular Biology’s 2023 William C. Rose Award for her outstanding contributions to biochemical research and commitment to training younger scientists.

Fresh out of college, Drennan taught chemistry, biology, physics and drama at Scattergood Friends School, a high school in West Branch, Iowa. Her theatrical experience became useful in the science classroom, where she found that being enthusiastic and sometimes over the top helped students learn.

Defying the stereotype of a serious professor, she wears themed outfits inspired by each lecture topic.

“Science is fun,” she said. “Why are we not making this clear to people?”

Many students struggle to find role models in textbooks. That’s why Drennan likes to provide her students with examples of chemists from diverse backgrounds.

The profession needs to highlight more scientists with disabilities, she said. As someone who has dyslexia and was told she wouldn’t graduate from high school, she has become a role model for others with disabilities. Many students with dyslexia and their parents and teachers have reached out to her for advice, worried that it will be too difficult to pursue a science career with a disability. Often, she said, “they’re the ones doing the best work in a creative way because their brain is working differently.”

For Drennan, having people who believed in her made a huge difference. Now, she is paying it forward. In a letter recommending her for the Rose award, her former graduate student Lindsey Backman wrote, “She sees people’s highest potential, and then she reassures them of their capabilities and brings out the best in them.”

When Cathy Drennan was being interviewed by graduate schools, it quickly became clear that she had a mind for structural biology. As she spoke with professors about their research, she said, she kept returning to the same question: “How can you understand something if you don’t know what it looks like?

“Once I figured out that you could get the structural information, I was completely hooked.”

This devotion has led Drennan to solve many long-awaited protein structures using X-ray crystallography and cryo-electron microscopy. Her research mainly focuses on metalloenzymes, enzymes that use metal cofactors to catalyze chemical reactions.

Recently, Drennan obtained the first snapshot of a ribonucleotide reductase in an active state, a groundbreaking feat that revealed how electrons move through the enzyme. Just as she’s always recognized, she had to see the enzyme’s form before she could understand its function.